In addition to the physical benefits of exercise and the ability to defend oneself, many parents consider martial arts training for their children due to the behavioral benefits commonly associated with the martial arts, such as greater focus, discipline, and confidence. Increasingly, however, research is moving beyond generalized benefits and proving—in detail—how studying martial arts can positively and lastingly affect a child’s development by training executive function and self-regulation skills. 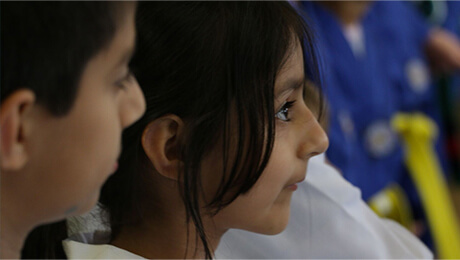 The Harvard University Center on the Developing Child defines executive function and self-regulation skills as “the mental processes that enable us to plan, focus attention, remember instructions, and juggle multiple tasks successfully.”1 These skills include working memory, mental flexibility, and self-control. The Harvard University Center further states, “Children aren’t born with these skills—they are born with the potential to develop them.”1

The Importance of Choosing the Right School

While martial arts training has been positively researched as an adjunct to verbal psychotherapy,4 a way to enhance family development,5 and as means to reduce externalizing behavior (i.e., aggression, anger, and violence),6 its positive outcomes—as much of the research notes—are dependent on the quality of both instructors and curriculum.

One study, for example, found that students who were trained with the philosophical and psychological emphasis of traditional martial arts “showed decreased aggressiveness, lowered anxiety, increased self-esteem, [and] increased social adroitness,” “as indicated by before-and-after scores on the Jackson Personality Inventory (JPI)” and Minnesota Multiphasic Personality Inventory (MMPI).7 This stood in contrast to a comparison group that received modern sport training, whose participants showed a “greater tendency toward delinquency on the MMPI than they did at the beginning of the study, a large increase in aggressiveness, and generally opposite effects of [the traditionalist group] on the JPL.”7

Again, a larger survey of empirical research on the benefits of martial arts training confirms that the benefits are not universal: They are confined to schools with good instructors teaching good lessons. 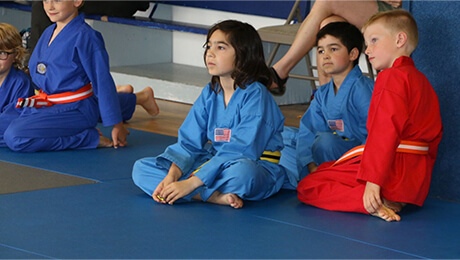 At Family Black Belt Academy, our instruction draws from both traditional martial arts and contemporary learning theories, including those of Child Developmental Psychology and Pedagogy. As a result, our curriculum is scaffolded to progress students to greater understanding and, ultimately, greater ownership of their learning. That ownership empowers our students to transfer the skills they learn from our program to other areas of their lives, supporting both their short- and long-term success. 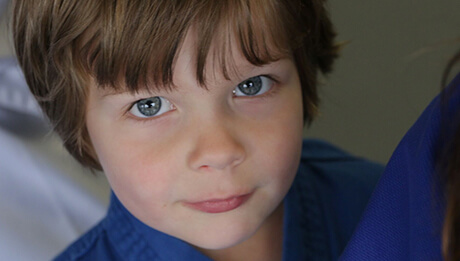 Interested in learning more about our program? Sign up for a free introductory lesson, where you'll get to see our school, meet our Instructors, and learn some basic techniques.